Did We See You at Midtown’s Second Saturday Sacramento on September 8th?

Did We See You at Midtown’s Second Saturday Sacramento on September 8th?

If you were in Sacramento on September 8th, chances are, you were at Second Saturday Sacramento in Midtown because it was THAT packed.

Did you spot us? We were the women in purple at the Kolas booth handing out the desperately sought after color-changing Kolas sunglasses, and Kolas glow sticks.

We had a blast! And we hope you did too.

Did anyone else spot Waldo? 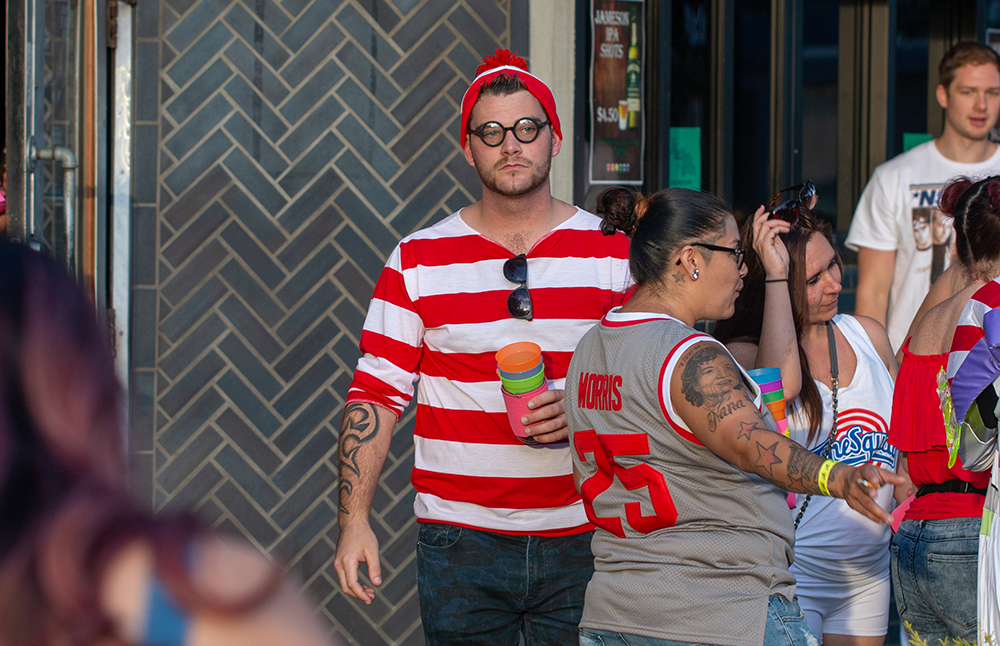 Casually strolling through the Lavender District at Second Saturday Sacramento was none other than the infamous Waldo from Where’s Waldo.

Well, okay, maybe he was the hipster version (clad in tattoos and holding a drink in a koozie), but it was still pretty freakin’ cool!

Did anyone get pics with this guy? Tag us on IG if you did, because we want to see that!

Speaking of exciting sightings, Waldo wasn’t the only character at the event.

A guy with an entirely green face showed up as The Mask with a babe in a gold dress on his arm (presumably the Cameron Diaz to his Jim Carrey). He was a total show stopper.

The shoe game at this event was insane! 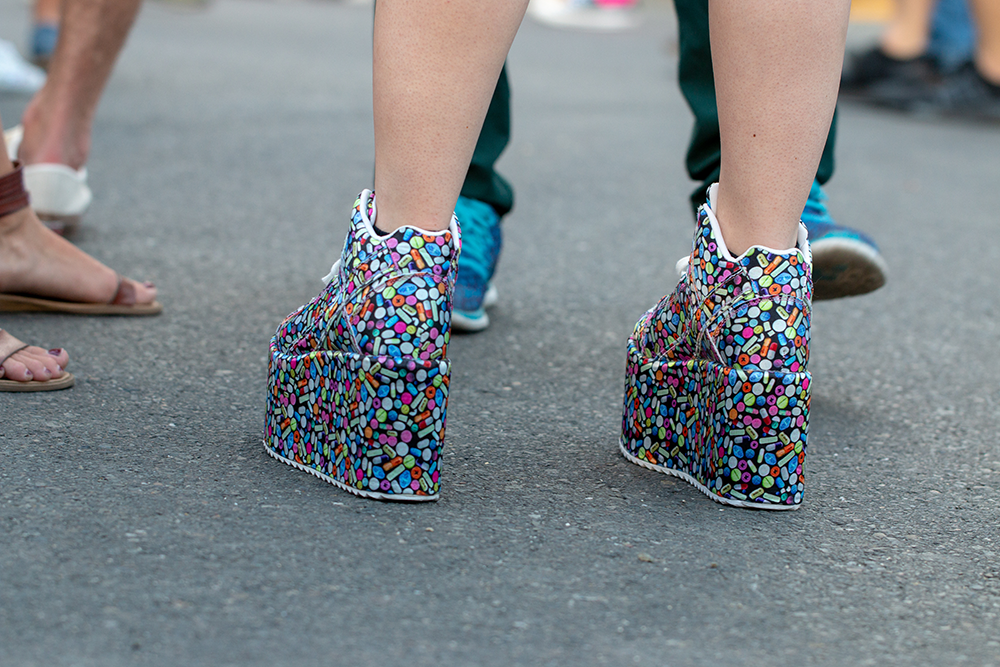 Second Saturday Sacramento doesn’t mess around when it comes to shoes! There were multiple platforms, heels, sneakers, and even sandals that wowed us.

Think you were wearing the most note-worthy shoes at the event? Tag us on IG and prove it!

And it didn’t just end with shoes. Everyone was dressed to impress at this event from head to toe!

Sacramento, you did the most for this Second Saturday, and we were glad you did! Everyone looked amazing.

And that explains the incredibly good vibes that we encountered throughout the entire experience.

Over the years, Sacramento has been able to cultivate its own unique and distinguishable style. At Second Saturday, Sacramento was representing hard!

Who else loved messing with their Kolas glow sticks? 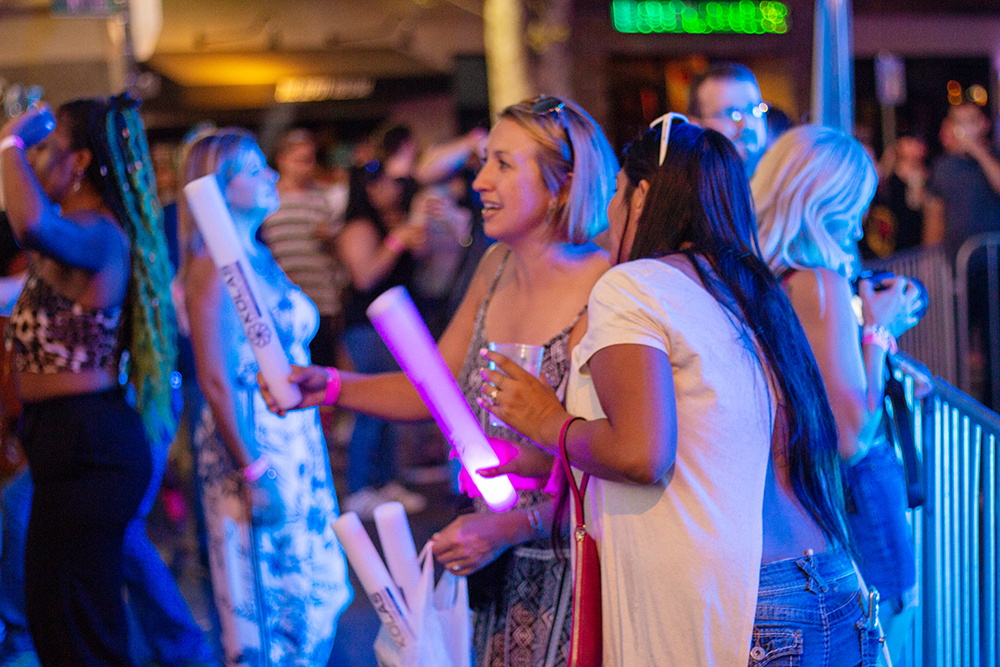 Did you light up the night with a Kolas glow stick during Second Saturday Sacramento?

If you didn’t, you probably saw them everywhere you looked and were able to enjoy them anyways.

Flashing in a strobe of purple light, they were kind of hard to miss.

Whether you were dancing with them during the amazing house music, or messing with your friends and instigating full-on glow stick wars, we saw you having fun!

And we hope you had a chance to test out your color-changing Kolas sunglasses too!

That’s right; those white Kolas shades we were handing out turn purple in the sunlight! Get outside and try it out yourself! 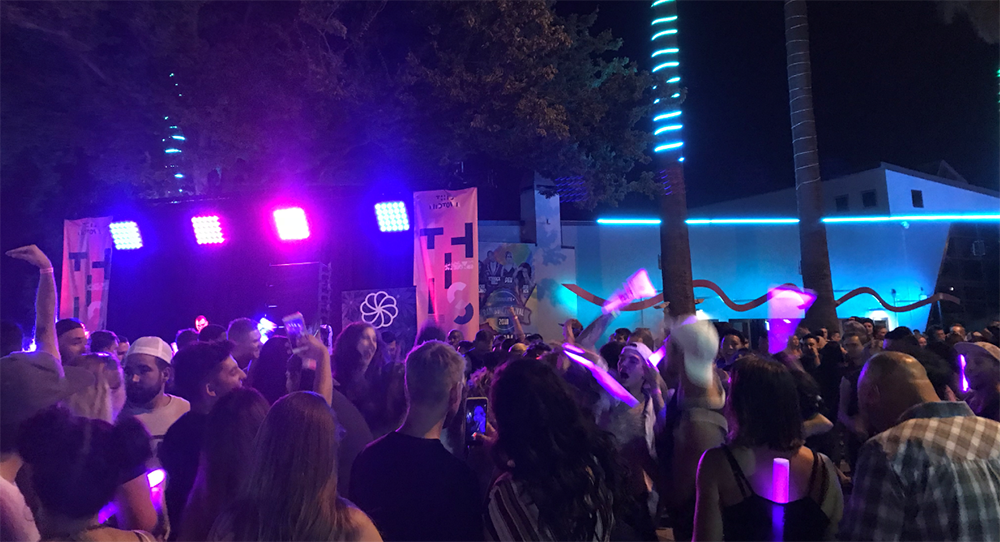 The world famous DJ, Justin Martin, graced the Kolas stage at Second Saturday Sacramento and he did not disappoint!

His pulsing dynamic house music put us all into a trance that lingered with us well after the event had ended.

There’s something beautiful about music that can bring so many different people together for a night.

And we were able to share with Justin Martin what Sacramento was all about by welcoming him into our incredible little community.

Lavender District was buzzing with excitement and energy, and any visitor was able to feel how special Sacramento is just by experiencing that night.

Who saved their Kurvana coupons?

Who wants discounts on high-quality weed? Yeah, we thought so. If so, we hope you held onto your Kurvana coupons!

Kurvana is a high-end cannabis company that provides high-quality and all-natural cannabis products for California.

When Kolas holds its grand opening on October 15th (P.S. You’re totally invited!), you’ll be able to spot some of Kurvana’s best products.

That’s why you’re going to want to keep those coupons safe so that you can get the best deals!

Want to party with Kolas again? 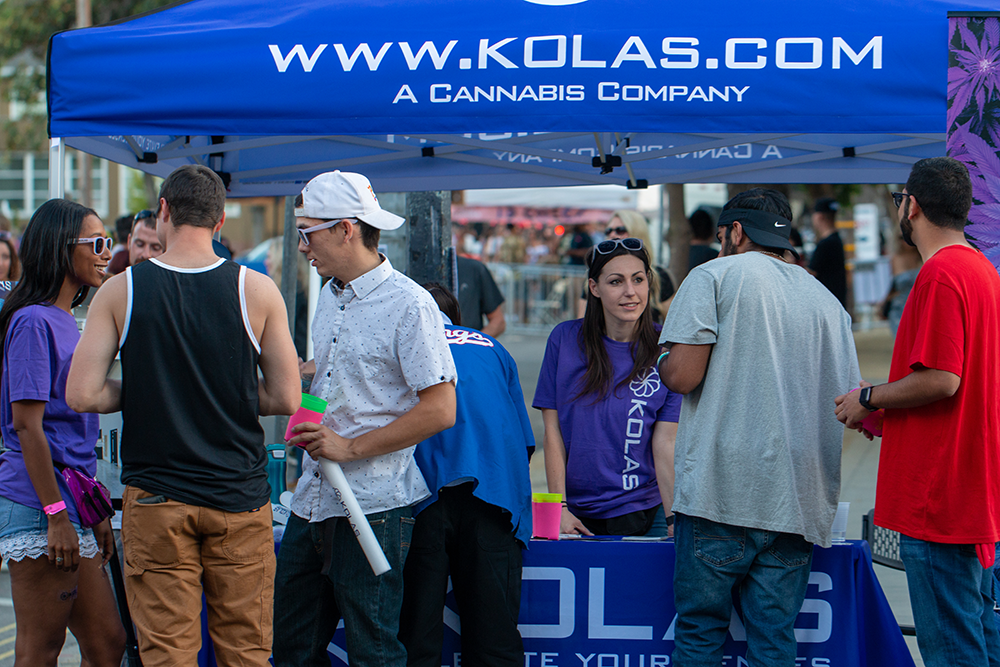 Come and find us at Aftershock Festival on October 13th and 14th for an interactive booth that you won’t want to miss!

And the fun doesn’t end there! We’re also going to have a Halloween-inspired booth at the Lavender District on October 28th! Come check it out for some spooky fun!

Want to get VIP Kolas updates and be the first to find out about exclusive deals, events, and other fun surprises? Leave a comment below and we’ll get you hooked up!

About the Author: Laura

Laura is passionate about the evolution of the cannabis industry and staying up to date as the industry standards continue to get higher.